Wizards of the Coast

View source
watch 01:36
We're Getting Mutants in the MCU - The Loop
Do you like this video?
Play Sound 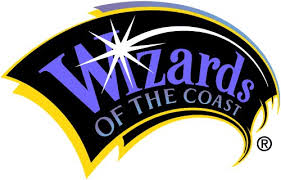 Wizards of the Coast was founded by Peter Adkison in 1990 just outside Seattle, Washington, and its current headquarters are located in nearby Renton. In 1991, Richard Garfield approached Wizards of the Coast with the idea for a new board game called RoboRally, but was turned down because the game would have been too expensive for Wizards of the Coast to produce. Instead, Adkison asked Garfield if he could invent a game that was both portable and quick-playing, to which Garfield agreed.

Adkison set up a new corporation, Garfield Games, to develop Richard Garfield's collectible card game concept, originally called Manaclash, into Magic: The Gathering. This kept the game sheltered from the legal battle with Palladium, and Garfield Games then licensed the production and sale rights to Wizards until the court case was settled, at which point the shell company was shut down. Wizards debuted Magic in July 1993 at the Origins Game Fair in Dallas. The game proved extremely popular at Gen Con in August 1993, selling out of its supply of 2.5 million cards, which had been scheduled to last until the end of the year. The success of Magic generated revenue that carried the company out from the handful of employees in 1993 working out of Peter's original basement headquarters into 250 employees in its own offices in 1995. In 1994, Magic won both the Mensa Top Five mind games award and the Origins Awards for Best Fantasy or Science Fiction Board Game of 1993 and Best Graphic Presentation of a Board Game of 1993.

In 1994, Wizards began an association with The Beanstalk Group, a brand licensing agency and consultancy, to license the Magic brand. After the success of Magic, Wizards published RoboRally in 1994, and it soon won the 1994 Origins Awards for Best Fantasy or Science Fiction Board Game and Best Graphic Presentation of a Board Game. Wizards also expanded its role-playing game line by buying SLA Industries from Nightfall Games and Ars Magica from White Wolf, Inc. in 1994. In 1995, Wizards published another card game by Richard Garfield, The Great Dalmuti, which won the 1995 Best New Mind Game award from Mensa. In August 1995, Wizards released Everway and then four months later closed its roleplaying game product line. Peter Adkison explained that the company was doing a disservice to the games with lack of support and had lost money on all of Wizards' roleplaying game products. Also in 1995, Wizards' annual sales passed US$65 million.